Irish company, Sea Power Ltd., concluded a winter survivability testing programme of their prototype wave energy device at the SmartBay Marine and Renewable Energy Test Site in March 2017, proving the concept of electricity generation from wave power at the test site.
Item: 1 of 2 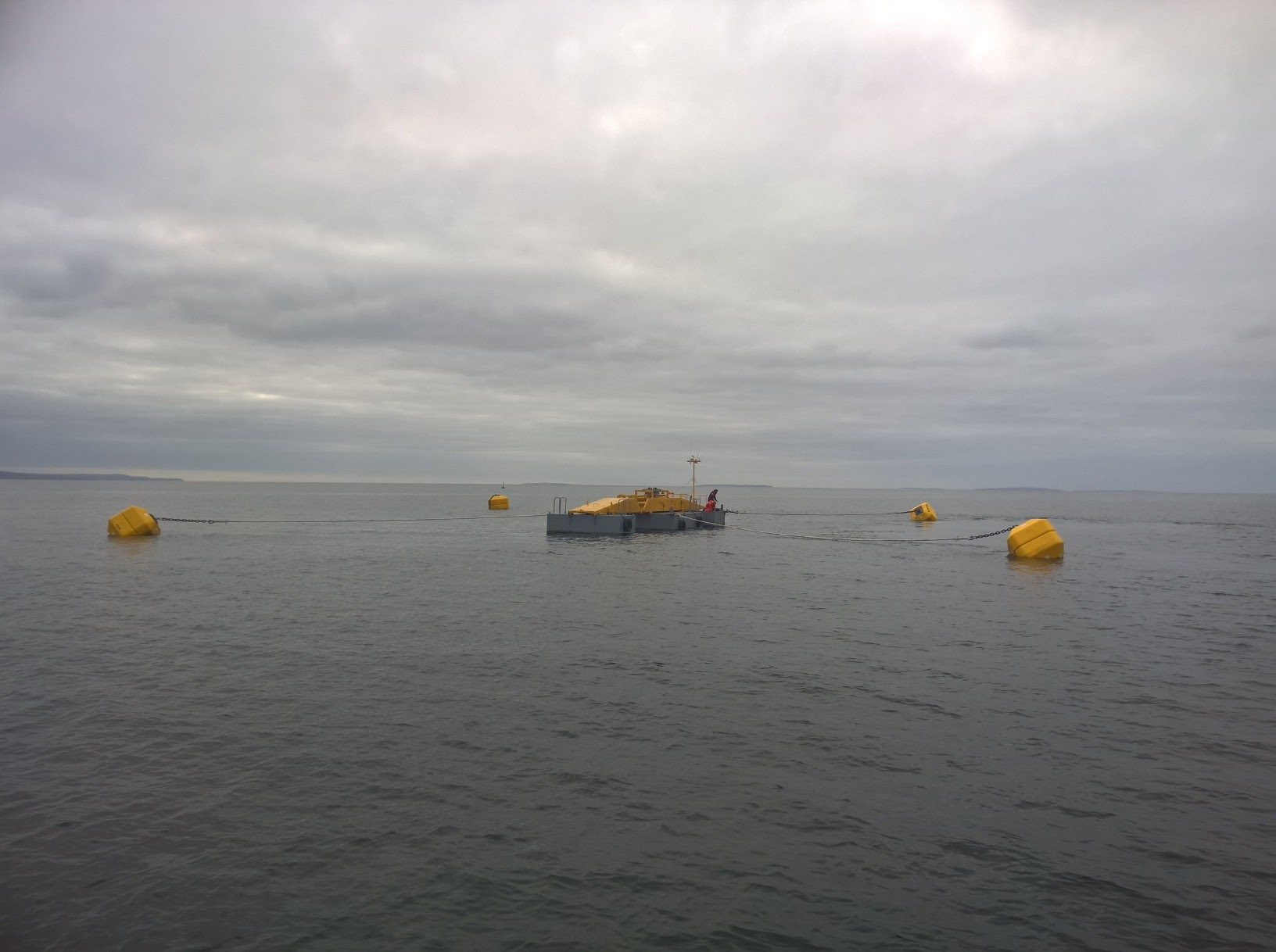 Sea Power Ltd is a progressive marine R&D and engineering company located right at the world’s most energetic wave energy resource. Driven by the realities of changing climate and the changing global energy market, Sea Power Ltd has invented, designed and developed a Wave Energy Converter device known as the Seapower Platform which is already impacting the wave energy sector. The Seapower Platform has yielded significant power results from numerical analysis followed by independent validation in wave basin laboratories.

The Sea Power device has been in development for eight years and will soon make the short journey from Foynes in Limerick, where it was built, to the Galway Bay test site. Wave energy devices, such as Sea Power, will ultimately harness the extraordinary power of the waves off Ireland's coast, to generate electricity.

Following successful completion of testing at small scale, the company, which received grant support from the Sustainable Energy Authority of Ireland (SEAI), has progressed to quarter scale testing in open sea conditions for the first time.

The Platform itself has had an Irish patent granted for some time, but has now been recently patented internationally. The WEC has gone through many rigorous levels of numerical analysis and small scale tank testing. It is designed to harness the energy in deep water waves, and the company is committed to achieving this at the lowest LCOE possible, making it more competitive than other renewable, and non-renewable, energy sources. The recent experience at the open water test site and the work ongoing under WES programmes have given the engineers great encouragement topursue this technology so that it will be ready for the energy market in the 2020s.

The Seapower Platform is a stable, hinged platform that is ideal for development of on-board power take off systems, and for accessibility during testing. It is long machine with a low visual profile and further optimisation work will lead to machines with even lower visual profile. Pontoon size optimisation is due in later stages to optimise the pontoon draughts, add curved features where hydrodynamically appropriate, all aimed to further lower CapEx levels.

The medium scale (1:5) Seapower Platform was towed from Foynes Port in Limerick where it was constructed to Galway Harbour where a Cork-based marine operations company Atlantic Towage Ltd. hooked up with and installed the WEC and her mooring system into the Smartbay test site. This operation took place at the end of October 2016 and the WEC operated successfully on site throughout the trial surviving multiple storms on the site.  The operation also demonstrated a winter deployment and his accomplished most of its objectives for Phase 1.

The SeaPower platform continues its development and will advance its testing further in 2018.