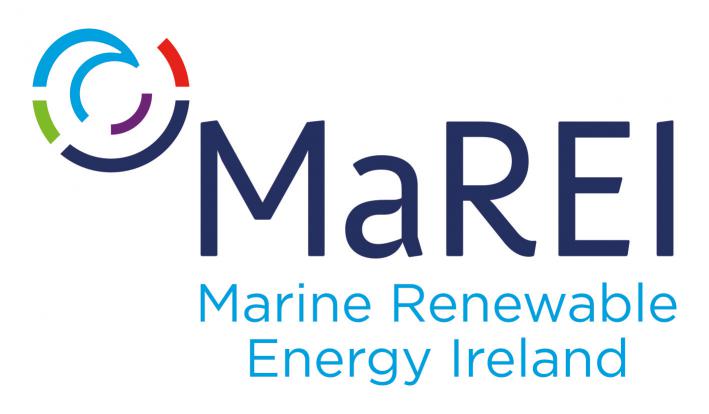 Researchers from the MaREI Centre for Energy, Climate and Marine at the National University of Ireland Galway (NUIG) have used wave resource data collected from 2006 to 2015 at the SmartBay Test Site and the outputs from NUIG wave models of the site to characterise the wave resource at the site. This was completed according to the International Electrotechnical Commission (IEC) technical specifications for wave resource characterization - IEC-TS 62600: Part 101.

Wave characterisation studies involve statistical analysis of wave data to provide descriptions of the waves typically experienced at a site. This information is used to provide an accurate description of the conditions at the site and is particularly useful for technology developers to help inform site selection, detailed design and project planning. Wave characteristics (e.g. wave height, period, direction and energy) vary significantly both seasonally and annually. Understanding the conditions that are typically expected at a location can help marine renewable device developers to design their devices to optimize power production whilst also achieving durability and survivability.

Many studies use wave models to characterise the wave conditions, however, often with no standard approach. With this in mind, the IEC produced a standard in 2015 for the characterization of wave resources - ‘IEC-TS 62600: Marine energy - waves, tides and other current converters, water, part 101: resource assessment wave energy and characterisation’. The standard presents a protocol for conducting wave resource characterisation which aims to ensure that only suitable numerical models are used, that the model accuracy is fully understood through rigorous validation, and that data is analyzed and presented in a comprehensive and consistent manner.

The IEC protocol specifies a minimum historical dataset of 10 years of (at least) hourly values of wave height, period and direction. To augment the long time period of data available from the SmartBay Test Site, the NUIG research team developed a wave modelling system to generate 15 years of modelled wave data. The SmartBay measured wave dataset was used to validate the modelled wave data for the significant wave height, energy period and omnidirectional wave power.

Researchers used a nested Simulating Waves Nearshore (SWAN) model (shown in Figure 1) comprising a coarse model of the north-east Atlantic and a fine resolution model of Galway Bay to complete this study. The coarse and fine models were considered as Class 1 and Class 2 type models respectively according to the IEC standard. The results of this study provide valuable insight into the long-term annual and seasonal variability of the significant wave height, energy period, wave power and direction which will be made available to users of the test site. The study found the 10-year mean significant wave height of 0.9m and energy period of 4.86s. The 10-year mean omnidirectional wave power was estimated at 3kW/m with a predominate wave direction of 224º. The ¼-scale wave energy device testing afforded by the SmartBay Facility is a critical step on the progression through Technology Readiness Levels towards a commercial utility-scale device which will result in the generation of sustainable energy from marine resources. The results of this work therefore contribute indirectly to Ireland’s efforts to meet EU renewable energy generation targets into the future.

“The west of Ireland is home to one of the largest wave energy resources in the world. This presents an enormous opportunity for Ireland to become a leading player in wave energy. The wave energy industry is still in its infancy and researchers at MaREI and NUI Galway are committed to helping it grow. We were therefore delighted to carry out this project which has used international best-practice to provide an accurate description of the wave resource at the ¼-scale test site in Galway Bay. We are currently in the process of publishing the project findings in an international scientific journal paper." said Dr Stephen Nash, lead Principal Investigator and Head of the Marine Modelling Group (MMG) at NUI Galway. Dr Nash is a member of the NSAI national standards working group on ocean energy which feeds into the IEC standards development committees, thus he can now feedback the lessons learned from the use of the IEC resource characterisation standards to help improve future editions.

“Ocean models have an important role to play in the sustainable harnessing of wave and tidal energy. They can be used to quantify the available resource, determine how much power can be extracted by ocean energy devices and to determine the environmental impacts of energy extraction. Validation of model results by comparison with measured data is critical to ensure confidence in model results. The long-term wave dataset provided by SmartBay has been instrumental in assessing the accuracy of our wave model and highlights the benefits of having such marine datasets available.” said Dr Iulia Anton, a postdoctoral researcher on the project. Dr Anton presented some of the preliminary findings of the research to the Marine Renewables Industry Association (MRIA) at their annual forum in February 2020.

The research team plan to produce a similar resource characterisation report for the Atlantic Marine Energy Test Site (AMETS), Ireland’s full-scale wave energy test site currently being developed off the coast of County Mayo. This future work will make use of a 10-year model dataset of wave parameters produced by a high-resolution model of the site and in-situ data recorded there on an on-going basis. In August 2020, Dr Anton presented some initial characterisation results for the AMETS site at the national Civil Engineering Research in Ireland conference hosted virtually by Cork Institute of Technology.